How Cold Does It Have to Be To Snow?

Many of us know that temperatures have to reach freezing (32 degrees Fahrenheit or 0 degrees Celsius) for it to snow. But if you are trying to figure out whether it will snow on a particular day, it’s not as simple as determining the predicted temperature and humidity. This article will provide an in-depth answer to the question, “How cold does it have to be to snow?”

Difference Between Ground and Atmospheric Temperature

In some situations, a snowflake will begin to melt when it hits a higher temperature level. But the melting will create an evaporative cooling event that cools the air around the snowflake and slows the melting. The snow will still hit the ground if temperatures are at least 5 degrees Celsius (41 degrees Fahrenheit).

Snow can occur at any temperature below freezing. However, heavy snowfall is more likely to happen when temperatures on the ground are on the warmer side. -9 degrees Celsius or 15 degrees Fahrenheit is ideal. This is because the warmer air holds water vapor better than cooler air.

It is for this reason that cold, dry regions rarely see snow. It may surprise you to find out that Antarctica’s Dry Valleys represent the largest ice-free region of the continent due to their low humidity. The strong winds minimize the moisture in the air making snow unlikely to occur.

The Character of Snow on the Ground

If you get a lot of snow in the region where you live, you probably realize that the precipitation can have different characteristics once it hits the ground. This is dependent on the flake’s original crystal formation and the weather conditions during the snowfall.

For example, strong winds during a snowfall will result in snow crystals being broken down into small, densely packed fragments. If snow stays on the ground for a while, the texture, size, and grain shape will change. It may melt or refreeze. If it snows again, the first layer may become compressed.

How Big are Snowflakes?

Snowflakes consist of several small snow crystals. They typically get to no more than 1.3 centimeters (about a half inch) in diameter. However, light winds, near freezing temperatures and unstable atmospheric conditions will cause larger snowflakes to fall that can be close to 5 centimeters (2 inches in diameter).

Because scientists don’t regularly measure the size of snowflakes, this number is only an estimation.

If you live in a cold climate, you will probably see your share of snow this season. Now you can impress your friends by providing inside information on whether snow will fall, how heavy it will be and what the snow will look like on the ground. How does it feel to be a local snow expert in your community? 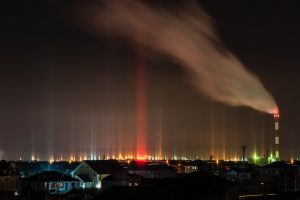 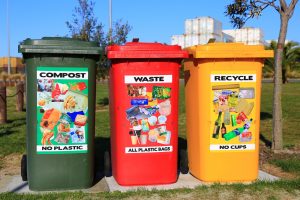